Aswan Nature Exploration represented by Bird Watching. It is one of the most unique experience in Aswan. In fact, birds important to Egypt since the time of the Pharoahs. It was when gods from Horus to Re depicted as hawks, ibis, falcons, and vultures. Over 70 different species of birds depicted on temples walls. In fact, today, over 100 different species of birds are indigenous to Egypt. The country is an important migration corridor which attracting over 280 species of birds. Millions of birds pass through the country on their way from Europe and Central Asia. In fact, it is on their way to eastern and southern Africa in the Fall and back in the Spring. There are many excellent places to watch the birds in Egypt.

Aswan Nature Exploration also represented by Elephantine Island which located in the center of the Nile at Aswan. In fact, Elephantine Island was the original “border town”. The border town was between Egypt and the Nubian lands to the south. Moreover, in ancient times it was an important strategic position. It was both for the defense of the border and as a trading route. The island inhabited from the Early Dynastic Period. It was through Roman times until the present day. In fact, the ancient name of Elephantine Island Aswan was “Apu” or “Yebu”. It means elephant and derived from the shape of the smooth gray boulders. In fact, the boulders surround the island and look like elephants in the water. There was a great deal of building activity on Elephantine Island Aswan. In fact, it was over the centuries. Though most of the ancient structures vanished now.

Further details about the Nature:

Aswan Nature Exploration also represented by Kitchener’s Island which known as the botanical garden and El Nabatat Island. In fact Kitchener’s Island is an An oval-shaped island in the Nile at Aswan, Egypt. The island granted to Lord Horatio Kitchener in the 1890. It was for his part in the Sudanese campaigns while he was the Egyptian Consul. In fact, Kitchener was a keen gardener. He turned his island home into a botanical garden. Moreover, he imported the exotic plants and trees which flourished in the Aswan climate. Kitchener’s Island constructed in 1899 under the supervision of the Ministry of Irrigation. It turned into an experimental station for plants from equatorial regions in 1928.

Aswan Nature Exploration also represented by Philae Island which located southeast of Aswan, Egypt. In fact, it was formerly an island in the First Cataract of the Nile River. The island also was the previous site of an Ancient temple complex in southern Egypt. The complex dismantled and relocated to nearby Agilkia Island. It was during a UNESCO project which started because Aswan High Dam construction. In fact, the site partly flooded by the earlier Aswan Low Dam for half a century. The island mentioned by many ancient writers like Strabo, Ptolemy and Seneca. It was, as the plural name indicates, the appellation of two small islands. They situated in latitude 24° north, just above the First Cataract near Aswan. The distance between these Islands and Aswan is about 61.5 miles (99 km).

More details about the Nature:

Aswan Nature Exploration also represented by Saluga and Ghazal Islands which located in the Nile River. In fact, the islands are about 3 kilometers north of the High Dam. Islands of Asbournati, Amoun and the plantation garden at Aswan are north of the reserve vicinity. As for Sehel Island, it lies in its southern area. The Islands characterized by predominantly expanding kinds of bushes. In fact, they survived after the establishment of the Old Dam and the High Dam. Moreover, the huge greenery in the area comprises 94 kinds of various plants. The favorable natural conditions in the area provided wildlife chances for resident as well as migrating birds. In fact, about 60 kinds of these rare Birds live at Saluga and Ghazal Islands.

Aswan Nature Exploration also represented by Sehel Island which located about 4 kilometers south of Aswan. In fact, Sehel Island located in the Nile to the north of the Old Dam. In ancient times travelers made a pilgrimage to the sacred Island of Sehel. It was on their way to Nubia or their return from an expedition to the south. They left inscriptions which record their appeals or prayers of gratitude for help. Several of them recorded events and journeys into Nubia. It was by officials on the king’s business. The inscriptions carved or bruised onto the jumbled mounds of granite boulders. They strewn over several areas of Sehel Island. In fact, Flinders Petrie visited the island of Sehel in 1887 and took photographs.

Aswan Nature Exploration also represented by Wadi El Allaqi which located 180 Km southeast of Aswan, Egypt. The area of the valley declared as a protectorate in 1989. In fact, the valley area is about 30000 square kilometer. The area is a large dry river which used to rise from the Red Sea hills especially Elba mountain. After the construction of the High Dam in Aswan, the water flowed and collected into the valley. And then, it became the lakes’ part. The valley features more than 90 species of plants. They are from the annual and perennial categories. Moreover, it also has over 15 species of mammals and 16 species of birds. The valley also has some venom containing reptiles and a large variety of invertebrates. The Wadi has greenery and rich soil acting as a pasture for animals. 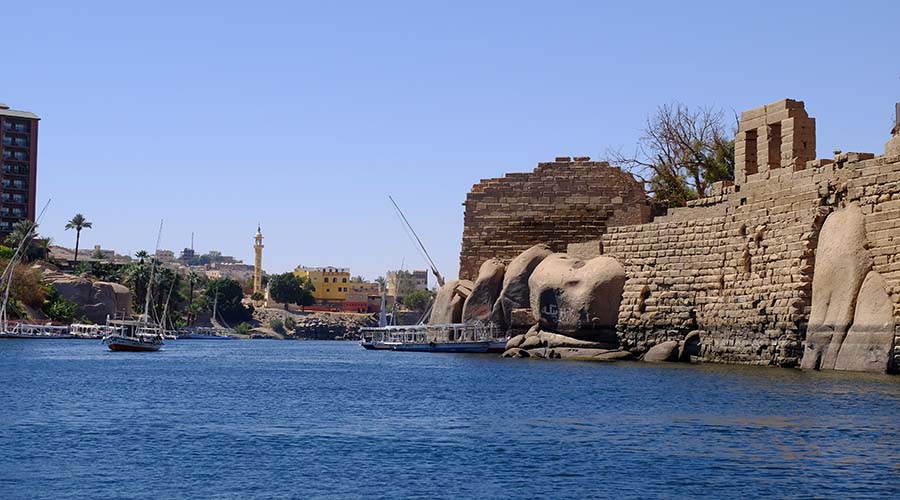