Ancient Cairo Egypt represented by Abusir Pyramids. The Pyramids located on the western bank of the Nile. The pyramids are 25 kilometer southwest of Cairo, Egypt. In fact, the pyramids consisted of fourteen pyramids from the 5th Dynasty. Moreover, Abusir called the site of the forgotten kings of the 5th Dynasty. These kings do not have the fame of their predecessors from the 4th Dynasty. The Pyramids site closed for many years to visitors. But, it is now open to the public. A northern extension made to the Sakkara necropolis. It was sometime during the Fifth Dynasty. The extension in the area called Abusir. By this time, tombs on the grandiose scale of the Fourth Dynasty were nonexistent. It was due to the decentralization of power from the pharaoh and the increase in the power of the nobility.

Ancient Cairo Egypt also represented by Babylon Fortress was an ancient fortress city or castle in the Delta of Egypt. It located at Babylon in the area today known as Old Cairo. In fact, Babylon Fortress Cairo situated in the Heliopolite Nome. It was upon the right bank of the Nile at latitude 30°N. Moreover, it was near the commencement of the Pharaonic Canal. Pharaonic Canal also called Ptolemy’s Canal and Trajan’s Canal. It was from the Nile to the Red Sea. Babylon Fortress Cairo was at the boundary between Lower and Middle Egypt. Furthermore, it was where the river craft paid tolls when ascending or descending the Nile. Diodorus ascribes the erection of the first fort to rebel Assyrian captives. In fact, it was in the reign of Sesostris.

Ancient Cairo Egypt also represented by Cheops Pyramid or the Great Pyramid. The pyramid also called Khufu Pyramid. In fact, it is the greatest pyramid among all pyramids in Egypt. How the Great Pyramid built is a question that may never answered. Herodotus said that it took 30 years and 100,000 slaves to build Cheops Pyramid. Another theory is that it built by peasants. They were unable to work the land while the Nile flooded between July and November. They maybe paid with food for their labor. The flooded waters also aided in the moving of the casing stones. In fact, these stones brought from Aswan and Tura. The water brought the stones right to Cheops Pyramid. In fact, Cheops pyramid or Khufu Pyramid built between 2589 – 2566 BC. Moreover, it took over 2,300,000 blocks of stone with an average weight of 2.5 tons each.

Ancient Cairo Egypt also represented by Chephren Pyramid. It also called Khafre Pyramid. In fact, it is the second-tallest and second-largest of the Ancient Egyptian Pyramids. The Pyramid is the tomb of the Fourth-Dynasty pharaoh Chefren. He ruled from 2558 to 2532 BC. In fact, the pyramid often called the “Second Pyramid”. Chephren Pyramid built next to the Great Pyramid of Khufu. In fact, Chephren is the son and successor of Khufu and Hensuten. Khufu’s other son and started constructing his own pyramid at Abu Rawash. It is north of Giza. In fact, the pyramid designed more modestly than Khufu’s. Moreover, Chephren pyramid originally was 10 feet (3 m) shorter and 48 feet (14.6 m) more narrow at the base. In fact, the estimated weight of all the stones in Chephren Pyramid is 4,880,000 tons.

Ancient Cairo Egypt also represented by Egyptian Museum in Cairo. The museum is one of the oldest museums in the world. In fact, The Egyptian Museum in Cairo Egypt has a long history. Egyptian Museum in Cairo Egypt dates back to the 1825. It was when Mohamed Ali Pasha issued a decree to establish a museum for the antiquities. Mohamed Ali Pasha was the ruler of Egypt at that time. The first location of the museum was in front of the Azabakeya Lake. Azabakeya Lake was between Opera Square and Ataba Square. The rulers of Egypt in this period did not realize the real value of the antiquities. They also didn’t for ancient historical finds of Egypt. They gave them to the European tourists who visited Egypt.

Ancient Cairo Egypt also represented by Great Sphinx. It is a huge creature with the head of a human and a lion’s body. In fact, the Great Sphinx Cairo Egypt sits in a depression. The depression is to the south of Khafre’s pyramid at Giza. Great Sphinx Cairo Egypt statue is the first colossal royal sculpture in Egypt. It is a national symbol of Egypt, both ancient and modern. Moreover, it stirred the imagination of poets, scholars, adventurers and tourists for centuries. It also inspired a wealth of speculation about its age, its meaning, and the secrets that it might hold. The Sphinx word means strangler. It first given by the Greeks to a fabulous creature. It is which had the head of a woman, the body of a lion and the wings of a bird.

Ancient Cairo Egypt also represented by Memphis. Memphis Cairo Egypt was a city and the capital of Ancient Egypt. It indeed was an important center during much of Egyptian history. Memphis Cairo Egypt located south of the Nile River delta. It is on the west bank of the river. Memphis Cairo Egypt is about 15 miles (24 km) south of modern Cairo. Moreover, its archaeological zone designated a UNESCO World Heritage site in 1979. It founded about 2925 BC by Menes. Menes united the two prehistoric kingdoms of Upper and Lower Egypt. The original name of the city was the White Walls. The modern name of Memphis is a Greek version of the Egyptian Men-Nefer. This name is of the nearby pyramid king Pepi I. Ptah was the local god of Memphis Cairo Egypt. He was a patron of craftsmen and artisans.

Ancient Cairo Egypt also represented by Menkaure Pyramid. located at Giza Plateau. It is near to Khafre Pyramid and Cheops Pyramid. In fact, Menkaure pyramid had an original height of 65.5 meters (215 feet). It is the smallest of the three major pyramids at the Giza Necropolis. Moreover, Menkaure pyramid now stands at 61 m (204 ft) tall with a base of 108.5 m. Furthermore, Menkaure Pyramid constructed of limestone and granite. The first sixteen courses of the exterior made of red granite. The upper part cased in the normal manner with Tura limestone. In fact, part of the granite left in the rough. Menkaure pyramid helped archaeologists understand the methods used to build pyramids and temples. In fact, south of Menkaure pyramid are three satellite pyramids. Moreover, they are each accompanied with a temple and have a substructure. Furthermore, the southernmost is the largest and a true pyramid.

Ancient Cairo Egypt also represented by Sakkara. Sakkara is a section of the great necropolis of Memphis. Memphis was the Old Kingdom capital. The kings of the first and second dynasties buried in this section of the Memphis necropolis. It has been of constant interest to Egyptologists. Three major discoveries made at Sakkara. They are a prime minister’s tomb, a queen’s pyramid, and the tomb of the son of a dynasty founding king. Each discovery has a fascinating story. It is with many adventures for the archaeologists who revealed the secrets of the past. Sakkara best known for Zoser Step Pyramid. It is the oldest which known of Egypt’s 97 Pyramids. Moreover, it built for King Djoser of the third dynasty. It was by the architect and genius Imhotep. Imhotep designed it and its surrounding complex.

Ancient Cairo Egypt also represented by Solar Boat museum. The museum is next to the Great Pyramid of Cheops. It constructed around 1985 to house the Solar boat of Khufu. When King Cheops passed away and his body mummified, the priests placed his body in this boat. It was to go on a journey to visit Heliopolis and other cities. In fact, it was before he land in his royal necropolis in Giza. Afterwards, the priests dissembled the boat into smaller pieces. And then, they buried these pieces near the pyramids and titled it as the Boat of Cheops. Solar boat discovered in the year 1954. It was near the Great Pyramid of Giza. The Solar boat consists of 1224 pieces of wood. The boat is 44 meters long and around 5.9 meters wide. It has 12 paddles.

Ancient Cairo Egypt also represented by Zoser Step pyramid. The pyramid also known as Djoser Pyramid. In fact, Zoser is the common name of Djoser or Netjerykhet. Sakkara is about 40 kilometer south of Cairo. Zoser Step pyramid Cairo constructed 470 years ago. Moreover, it is the first pyramid which built by ancient Egyptians. Zoser or Djoser was a king of Egypt’s third dynasty. The planning of the pyramid attributed to Imhotep. Furthermore, Imhotep was a vizier (minister) and he deified for his accomplishments. In fact, Zoser Step pyramid Cairo started off as a Mastaba tomb. Mastaba is a flat roofed structure with sloping sides. The pyramid is a series of expansions. They evolved into a 197-foot-high (60 meters) with six layers. One built on top of the other. 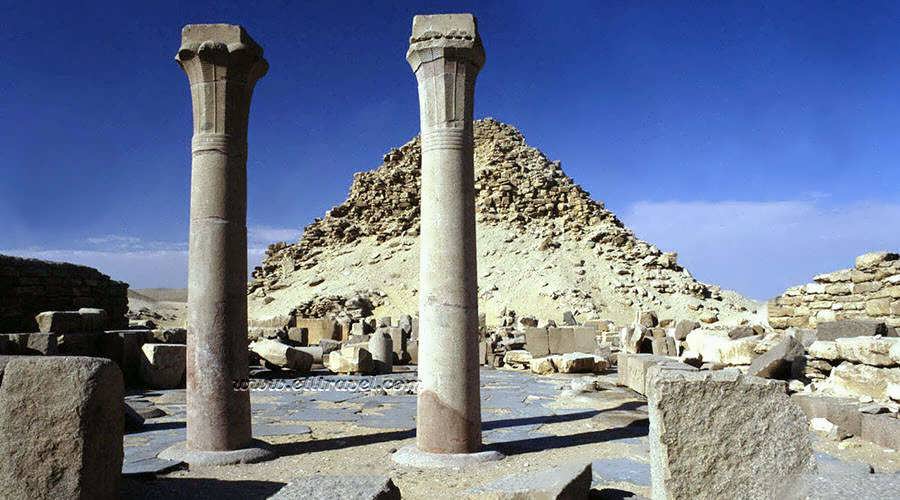 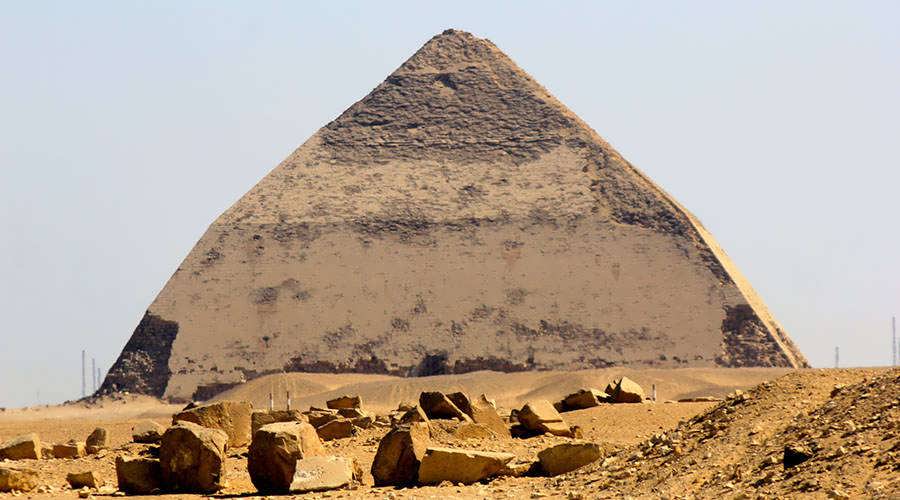